The English translation is here. Translated by GOOGLE translate

53 day hike across the Antarctic is complete and Colin O’Brady  stated, “It was the most famous this at the end, I was crying and it was like I had an audience of zero.”

Thorn founded by Ashton Kutcher and those that care, is like that 53 day hike across the Antarctic, it only seems to have an audience of zero. I am that audience right, I am the only person to see that Thorn had a donation button, and that the not for profit might need help to stop child sexual abusers/sex slavers of children. Here is the help… me.

Anyway I admire the Mr. O’Brady, and I want a hike like that one someday for myself.

Like the Invictus champions, veterans from foreign wars, hiked across the nation of Great Britain with Prince Harry for 1000 miles, now I should spit on that hike right? Because 1833 Abolition of Slavery was repealed in 1997 by Great Britain’s Parliament, that said to me and others, people that have brown skin pigment might still be slaves after all.

Congratulations to Colin O’Brady, and Prince Harry, I hope both of you consider that slavery, sex slavery (also known as sex trafficking) sex abuse on children, needs to end.

WWFGifts helps protect what is left on this planet of animals please make a donation. @World_Wildlife 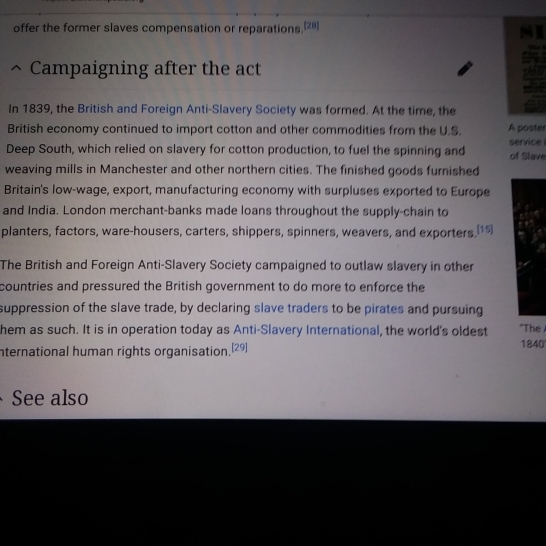 Both of these images are from wiki USA and the repealing of an act is 1997, the 1833 Slavery Abolition Act was repealed, that allows for slavery of African Americans is appalling, and when you follow the link for other laws it implies that Great Britain is using international court law instead of Great Britain Law to stop slavery.

I work for and with Thorn founded by Ashton Kutcher and others that care, it is an anti-sexual trafficking and sexual abuse of children tool for law enforcement. I am not perfect, I know and I support the troops 100%, but I cannot support Great Britain any longer and Thorn at the same time, I chose saving my children and other children.

Basically what I have read implies that in Great Britain slavery was reborn in 1997. I know international law is going after slavery, I am too with Thorn. But without law in Great Britain we might as well stop right? The kingdom supports slavery quietly. And I cannot in good conscious believe that currently but I will withdrawn my support.

The disbelief that slavery was made legal quietly while I was a college student is very real. Where is the other British laws, if I find them or am told otherwise, I will withdraw my lack support for Invictus until then.

Duke Harry of Sussex this is appalling, your wife Duchess Meghan could be a true slave of Great Britain. I cannot, this is unreal, but it is truth.

WWFGifts helps protect what is left on this planet of animals please make a donation. @World_Wildlife

This tool is needed THORN it needs your help. DONATE to help stop child sexual abuse.

Thorn is founded by Ashton Kutcher it is a tool to stop child sexual abuse.

This is a Translation to Greek from Google Translate:

This tool is needed THORN it needs your help, DONATE to help stop child sexual abuse.

Mrs. Bill Clinton gave me this idea and I wanted this so badly, I got this idea from thinking about her and watching her speak in the past. I got this idea from writing about them as a married couple. That the cycle of violence is on her and her husband, all they wanted to do was discuss laws and figure out what works in this country.

The crucifixion was about political speech. What do you think Jesus Christ was doing? He was walking around giving his political opinion without running for office. And he never had the vote for a Roman senator for his region of life. Nor did Jesus Christ have the ability to shape the laws of the land without giving his opinion openly. Which he did give his opinions to the point of a conviction with the death penalty.

Hillary Clinton could be crucified just for one bad political decision, that we put her in office to make. Her political future could die based on that. She risked her future and her families future to have that ability in the first place to make that bad decision. Prison can be a fate of an American politician, and it seems rare, right now, but it is the truth.

It was not extreme speech that places people in the cycle of violence in politics today, it is simply talking about preferences now from the preference of trees in a parking lot, to speaking of war to defend the country to protect resources of people and property, that political speech can lead to rocks in windows or threats to families. That is the cycle of violence.

The give give that was suggested is where political speech has to happen, but how when people want to force their own will and not hearing out how their will HURTS MANY!!!

Mrs. Clinton is the best example for this blog post, because she has gone through so much politically, she is indeed like Jesus Christ. I will go over her record later, I am betting some already know what I can praise her for, just like Jesus Christ. 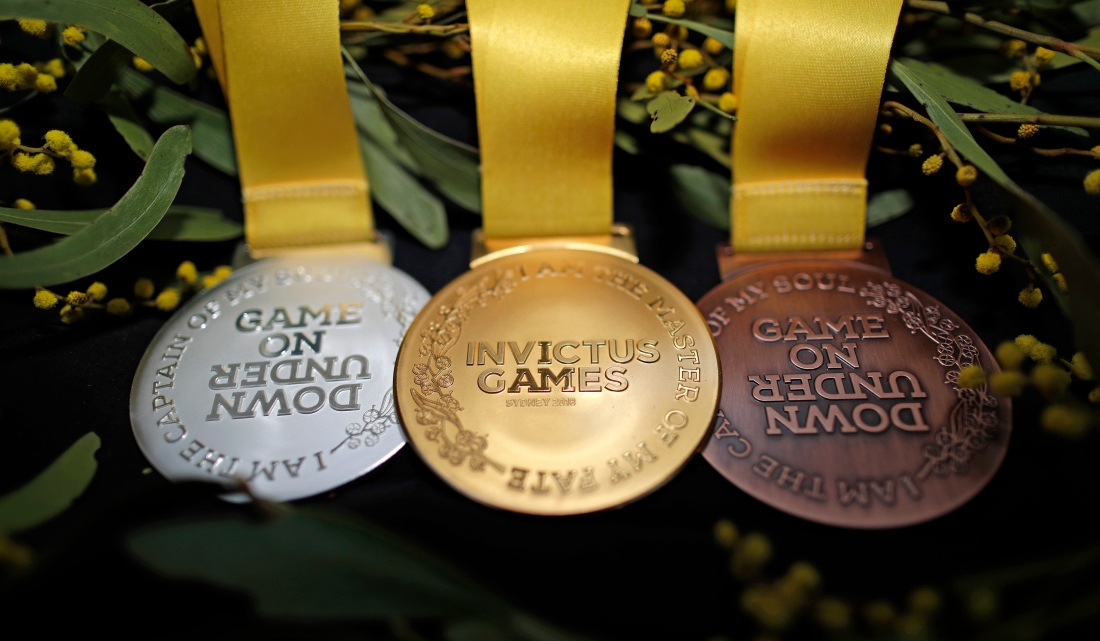 Prince Harry Duke of Sussex before marriage to Princess Megan Duchess of Sussex started a successful organization that supports the troops that were injured during service, Invictus. This idea started when Prince Harry served honorably in the Great Britain Army Air Corp, with honorable serve in Helmand, Afghanistan during the Afghanistan war.

2014 was the start, where men and women that served in the armed forces started competing. When men and women can enlist they are very young, most 18 years old looking for a way to serve their countries that they are proud to be apart of, others looking to gain an educational grant, and after school they continue to serve their communities proudly. Those people who enlisted had no time to train for the Olympics summer or winter games. Invictus let’s those service men and women have Olympic dreams, but also builds self worth, self esteem and power over the injury that they sustained during honorable service.

I found out about this in Orlando, Florida, when I was living there, but found myself too poor to attend the games. I was working for the Walt Disney World Complex and could’ve broken in, with the tickets at 65 dollars for the spectators to support the troops I could not afford the ticket. I decided not to steal from the honorably discharged disabled veterans, and not attend. That saddened me, so I vowed during that time to support Invictus anyway I could. SO I write tweets once in a while, well this year and last only close to the games. My dad is a 100% disabled veteran PTSD, and my heart is with Invictus games.

My dad as a Vietnam veteran and could’ve used the games, there might have been a baseball team for veterans and gold for him. That was not possible since the games only started this decade, and not in the 1970’s when Vietnam veterans needed them the most.

Wise Women and Beyond is a political blog. This blog is about the politics of women in the service of the military, and I support Invictus. Some countries still do not support Invictus and military service of women, on this I have little opinion, even if you do not support the western worlds ideas for women’s rights, you need to support your own troops and send men to compete for your countries.

This means some middle eastern countries have opted to boycott Invictus, leaving injured males without this outlet in their own countries. So I will say that is wrong, just because the western world lets women serve, does not mean you do not let men who are injured not compete for glory of your country. You do not have to send women since they did not serve in your military.

Thank you. I want to watch the Sydney, Australia games, I have no passport and am still very poor so I might not have the right cable tv channel. My heart is with the veterans of every country in attendance. Win!