This tool is needed THORN it needs your help, DONATE to help stop child sexual abuse. 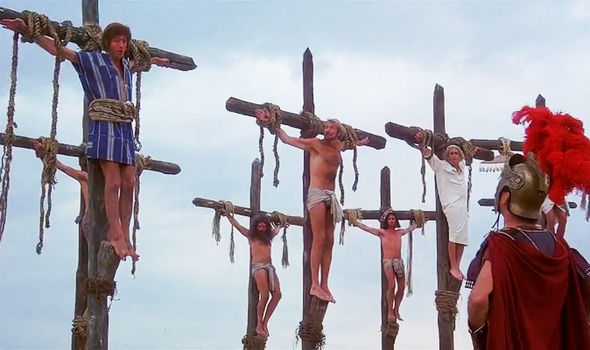 Mrs. Bill Clinton gave me this idea and I wanted this so badly, I got this idea from thinking about her and watching her speak in the past. I got this idea from writing about them as a married couple. That the cycle of violence is on her and her husband, all they wanted to do was discuss laws and figure out what works in this country.

The crucifixion was about political speech. What do you think Jesus Christ was doing? He was walking around giving his political opinion without running for office. And he never had the vote for a Roman senator for his region of life. Nor did Jesus Christ have the ability to shape the laws of the land without giving his opinion openly. Which he did give his opinions to the point of a conviction with the death penalty.

Hillary Clinton could be crucified just for one bad political decision, that we put her in office to make. Her political future could die based on that. She risked her future and her families future to have that ability in the first place to make that bad decision. Prison can be a fate of an American politician, and it seems rare, right now, but it is the truth.

It was not extreme speech that places people in the cycle of violence in politics today, it is simply talking about preferences now from the preference of trees in a parking lot, to speaking of war to defend the country to protect resources of people and property, that political speech can lead to rocks in windows or threats to families. That is the cycle of violence.

The give give that was suggested is where political speech has to happen, but how when people want to force their own will and not hearing out how their will HURTS MANY!!!

Mrs. Clinton is the best example for this blog post, because she has gone through so much politically, she is indeed like Jesus Christ. I will go over her record later, I am betting some already know what I can praise her for, just like Jesus Christ.

Verbal sexual abuse of men has and still happens, and this sad truth is in our vocabulary. Calling a man “Peeping Tom” when he never looked in the first place,  the man might not have been a Peeping Tom, as I wrote in the last article, but that can cause a man to look into his self worth just with those words. These men are not raped but locked into stereo types and not able to leave them, women have done this to men. And maybe men have done this to men also.

My electorate is male and female, both sides vote, and men gave that right to women in 1920. Men still gave women the right to vote.

All these verbal abuses are sexual in nature, hence verbal sexual abuse.

Every abuse that is verbal on a man is SEXUAL IN NATURE, hence verbal sexual abuse.

The cycle of violence within just “joking around”,  we all live on this planet, and again I want to talk about how this affects politics and elections.

“Be a MAN.” Is something that I’ve heard said and I have said. That can be perceived as verbal sexual abuse. And that affects elections, in positive and/or negative ways.

Again I am not perfect, get the handcuffs out police department, because I have issues. I have these speech issues, and in the moment catching them is not easy. I as a woman have probably stated the wrong thing. What I said could be joking around, but I think this has cost women whole elections. I know I am right.

So how do I get men to see what I am seeing. LOOOK LOOOK LOOK!!!!!! I am shouting. I see this, do they see? Nope, a lot of verbally sexually abused men might not be able to look up and see what a woman is seeing in the cycle of violence that they are involved in. And I am not going to throw feather pillows at this issue, so how to solve it? I hope it happens so I can joke around and not be abusive.

I want to empower men to vote for the best candidate, even if she is a woman.